Earlier this year, an industry survey by global law firm White & Case found that ESG constituted the top risk for mining companies, beating out supply chain disruptions, energy and cost inflation, and a slowdown in the Chinese economy. The firm wrote that ESG “is now central in terms of both attracting investors and holding a social license to operate.” Previously, EY’s 2020 survey on Top 10 Business Risks had identified that social licenses are perceived by companies as the top risk for the mining sector.

Resource nationalism has long been a concern for the mining industry. When mineral prices rise, as they have in recent months, so do government and societal demands. Yet, the study by White & Case identified an increase in “ESG-related nationalism,” which is an expectation for miners to maintain a social license to operate. This results in rising tensions with local communities.

Although it is rarely defined in the local law, a social license is increasingly becoming as important as a mining license, without which mining companies find it impossible to operate. A social license is the acceptance of a mine or mining company by its employees, by its community stakeholders and by the general public. An extended stakeholder network includes ethical investment funds, international human rights activists, international financial institutions and local and national governments.

Armed with smartphones, local communities can now broadcast their conflicts with mining sites and any heavy-handed policing by national police or the military. In a period when national governments across Latin America suffer record low approval levels, few leaders are willing to risk political capital to quell a local protest that interrupts a mine. Today, a network of support for these local opposition efforts comes from NGOs who bring proven fighting tactics to local communities.

When a mine is being developed, miners are wise to create a process of regular dialogue with the local community, as Lundin did with Fruta del Norte in Ecuador where they set up committees dealing with issues ranging from job creation to security to the preservation of indigenous traditions and invited local leaders to participate in monthly committee meetings.

“If a mining project does not have social profitability, it simply will not go,” said President Pedro Castillo in his first speech as president of Peru in 2021, alluding to a new investment promotion model for mining or hydrocarbon projects that he intended to establish. Castillo indicated that “the social profitability criterion is superior to the social license” meaning that “every project must contribute to boosting the local, regional and national economy, to increasing national income by promoting the inflow of capital, where the collection of taxes or royalties is positive and relevant and improves conditions and salaries.”

Various industry players have raised their voices to request that the president specify the details of his concept. For example, Peruvian trade association Confiep indicated that “miners already pay taxes, fees and contributions of around 47% of income,” which begs for a more precise definition of the term ‘social profitability’ and the practical consequences it will bring to miners.

Building this acceptance starts with a deep, nuanced understanding of the local communities located around the mine—as well as insights into political factors that could influence events or outside players who could also hinder rather than help.

With hundreds of team members on the ground in mining jurisdictions across Latin America, here at Americas Market Intelligence we’re uniquely positioned help miners with earning social profitability, as well as achieving—and maintaining—acceptance from local communities. We can help by: 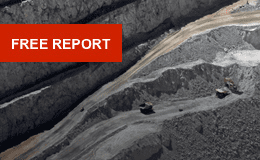 Contact us to find out how our mining risk experience can help you build strong, lasting relationships with local communities that become time-tested partnerships.