A recent piece on Mining.com covered a mining risks whitepaper that our Resources/Infrastructure practice published. While the whitepaper focused on a total of seven risks, the Mining.com piece focused on the security risk section of the report:

Consultancy firm Americas Market Intelligence or AMI issued this week a lengthy report on the risks of mining in Latin America. One of the chapters focuses on security hazards and reveals that such perils are not necessarily provoked by illegal groups.

According to AMI, sometimes local community members that opposed mining operations can cause security risks by deploying roadblocks and aggressive or invasive tactics at the mine’s perimeter. If the local or federal government does not want to get involved in the issue for political reasons, then the miner is left on its own to deal with the disruption.

As an example, the consultancy firm presents the case of Gran Colombia Gold’s (TSX:GCM) mine in the department of Caldas which was blocked in the summer of 2017 by independent miners, whose protest actions became violent at times. Only after 42 days of rallies was the Canadian miner able to resume operations.

In the Colombian context such as the one where Gran Colombia operates, AMI says it is common to see lawyers and local indigenous representatives engaging the mine in elaborate extortion schemes, usually triggered by environmental damage or the possibility of it. Similar situations take place in Chile.

The document also states that mining unions in Latin America can be very aggressive as well and some of its members can become security risks for companies, particularly if they have ties with organized crime.

The report details the case of unions in Mexico that were traditionally funded by the Institutional Revolutionary Party, known as PRI. Such labour organizations lost their main source of income when, in 2000, the party lost a presidential election for the first time in 70 years.

“The national mining union split into factions, some of which began collaborating with organized crime who paid their bills. Torex Gold’s (TSX: TXG) operations in Guerrero were undermined from an operational security perspective in recent years, owing directly from a dispute with its union, which purportedly has ties to organized crime,” the document reads.

When it comes to organized crime in itself, AMI suggests that miners need to view such illegal groups as businesses and not as simple security threats. In the consultancy’s view, the reasoning behind this logic is simple. Criminal bands tend to have a hierarchy and different business divisions, each in pursuit of profits. “If one business division, such as drug trafficking, is shut down by strong enforcement, revenues must be found in other areas, like kidnapping or extortion,” the firm’s experts state in the paper.

In other words, miners operating in areas under siege by organized crime need to keep track of what is happening with such organizations because even if they have never been approached or attacked by them, a change in conditions might put a target in their operations. Rising mineral prices and profits may also awaken an interest in illegal mining or in extorting a miner.

“In Mexico, Brazil, and Honduras, for instance, some gangs are known to extort the vendor suppliers of mines, extracting a ‘war tax’ to guarantee their safety. These costs are passed onto the mine via invoices for real goods and services billed at inflated numbers.” This practice is also known to take place in Venezuela.

Police corruption is another risk companies need to take into account. In some countries, organized crime can only be stopped by federal police and military forces working together with a mine’s own security forces.

You can read the full piece here. 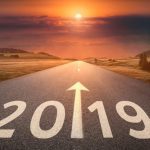 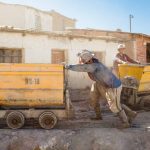 Coverage of AMI Mining Whitepaper in The Motley FoolIn the News