AMI Managing Director John Price was interviewed for this story published in BoF (Business of Fashion). Here’s a quick excerpt:

Shortly before the pandemic struck, Euromonitor forecasted that Latin America would be one of the fastest-growing luxury markets in the world, surging 9.1 percent from 2019 to 2020 — and that was despite major macroeconomic headwinds. The region’s personal luxury goods market was worth $11 billion in 2019 and was set to reach $12 billion this year, with Mexico and Brazil in the lead at $4.7 billion and $3.4 billion, respectively.

Now, however, the immediate outlook is far more subdued. According to the latest Euromonitor projections, the personal luxury goods markets of Brazil, Mexico and Argentina are set to contract by approximately 6 percent, 4 percent and 3 percent respectively. This is a moderate decline compared to the US which is expected to contract by a staggering 25 percent. But as the full economic toll becomes clearer in the Latin American region, these figures could be revised.

Worryingly, the World Bank recently estimated that economic activity in Latin America and the Caribbean region will suffer the biggest drop of all global regions, at 7.2 percent of GDP. This combined with the extensive underlying political and economic instability that plague many of the key national markets understandably has luxury industry leaders worried.

Last year, Brazil and the United Kingdom discussed an agreement similar to that of the European Union with Mercosur. However, John Price, managing director of Americas Market Intelligence, a consultancy firm specialising in the Latin American market, believes that “ahead of that agenda an agreement with the US is more important right now,” in part because of the close relationship between Donald Trump and Bolsonaro.

Bolsonaro’s controversial stance on a number of issues have also sufficiently irritated Trump opponents in Congress, making it increasingly unlikely that an agreement similar to the USMCA or even a mini-deal will happen in the near future. 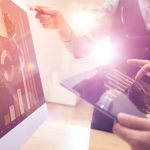 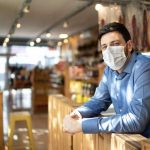