Americas Market Intelligence Managing Director John Price recently published a co-authored piece in The Hill that analyzes what to expect from Andrés Manuel López Obrador (AMLO), the president-elect of Mexico. Here is a brief excerpt:

Mexico resides in a major earthquake zone, and Sunday they experienced a really big one — though this time the shock was political, not geological.

On his third try for the presidency, Andrés López Obrador (AMLO) defeated his opponents and is well-positioned to set Mexico on a course that will be anything but “business as usual.”

Just who is AMLO, the man who will take the helm of the world’s 11-largest country in terms of purchasing power parity?

He is a populist with nationalist and statist tendencies who nevertheless understands that the social and economic transformation he envisions for Mexico cannot be achieved without the support of the private sector, foreign as well as domestic.

So, why and how did AMLO win the presidency over candidates from parties that governed Mexico from 1929 to the present? As in the case with the Trump victory in the U.S., it was discontent with the political establishment.

A Mexican public fed up with corruption scandals, gang violence, drugs, poverty and inequality (a rich north and a poor south) decided “enough is a enough” and rolled the dice, betting on AMLO.

Read the rest of the story here. 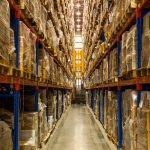 Latin America: the Next Frontier in Warehousing?In the News 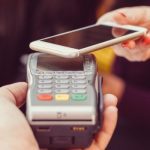