Energy Advisor covered the impact of higher fuel prices on Latin America. The magazine featured a Q&A of some experts in the matter, including Arthur Deakin, co-director of the energy practice at Americas Market Intelligence.

In an analysis done by Americas Market Intelligence, we measured the impact of higher energy prices on 13 Latin American countries. Naturally, one might expect that all net exporters of energy would fare well, while net importers, such as many countries in the Caribbean and Central America, would struggle. But this was not always the case. Argentina, which surpassed 50 percent inflation and spent $11 billion in energy subsidies in 2021, is fiscally constrained by an IMF deal that forces the government to cut costs. With less subsidies, and subsequently higher fuel and energy costs, the ruling Peronists will face increased public pressure and will struggle to retain power.

This is just one example of what we expect to be a continued rejection of the status quo in favor of opposing political parties. Even those countries that are likely to do the best—which include Guyana and Brazil with exports of high-quality crude and low break-even costs—are facing record-inflation and public discontent over the price at the pump. High energy prices will continue to squeeze household and corporate incomes and could lead to an economic recession and stagflation. Governments will have to spend more aggressively to buffer the pain on consumer’s pockets, but they will also need to use their export revenues to diversify their economies, accelerate the development of multiple energy sources (everything from renewables to liquefied natural gas) and implement energy efficiency solutions to mitigate market volatility. Countries in the region must keep their economic engines running, guarantee energy security and comply with climate goals. This is not an easy task. 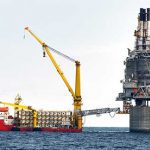 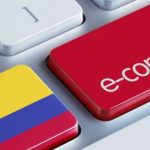