The digital magazine Canadian Dimension has published an article explaining how the Canadian mining sector keeps a close eye on political developments in Latin America, as most countries in the region are pointing to left-wing governments. The magazine cited AMI’s most recent report on mining risks in Latin America, in which countries such as Venezuela and Bolivia show the highest mining risk, whereas others such as Argentina and Chile are the most investment-friendly.

Here is an excerpt of the article:

Following the release of the report, its findings were quickly republished by the Canadian Mining Journal and Northern Miner for the purpose of advising Canada-based mining companies on the present investment outlook in an increasingly left-oriented Latin America. The Canadian Mining Journal was established in 1882 for the purpose of “sharing information to advance the [mining] industry,” and along with Northern Miner, it is one of the preeminent pro-industry magazines in Canada. The fact that these magazines published the AMI’s report for their often industry-affiliated readers shows the careful eye that the Canadian mining sector keeps on political developments in Latin America.

It is not difficult to identify the reasons for the Canadian mining industry’s keen interest in Latin American politics, and their concerns for the apparent risks that accrue when left wing administrations take power and attempt to steer their resource earnings toward internal development. 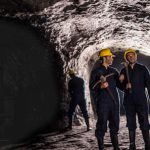 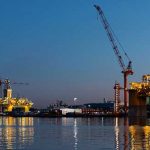