Energy Advisor covered the potential formation of a state-owned oil company to manage its offshore crude deposits, as Vice President Bharrat Jagdeo said on April 19. The magazine featured a Q&A of some experts in the matter, including Arthur Deakin, co-director of the energy practice at Americas Market Intelligence.

The drawbacks of creating a national oil company (NOC) in Guyana far outweigh the benefits. The Guyanese government has said it is looking for an open, public bidding process for its remaining oil blocks where the most competitive bidder wins. Awarding this to a state-owned oil firm, or limiting key players from participating, goes against that—especially since some of the participating companies have local experience that could lead to economies of scale.

The government has also said that it would like to accelerate its oil production to ensure that it doesn’t get ostracized by global climate targets. A NOC would potentially delay its oil development, as the government would need to create the supporting legal and regulatory structure around the company.

There is also a strong risk of corruption and nepotism, as seen by regional peers such as PDVSA in Venezuela, Petrobras in Brazil and Pemex in Mexico. Perhaps more important, since the blocks are prospective, the NOC would mean new risks and costs for the government. A simpler way to increase their percentage of profits, while avoiding taking on new risk, is by increasing its royalties in future production-sharing agreements.

Regarding the oil curse, it is still too soon to tell whether Guyana will be able to dodge it. It has set up a relatively promising sovereign wealth fund, but it is unclear how transparently and efficiently it will spend its oil money. To
ensure further economic diversification, and encourage local entrepreneurship, Guyana needs more government incentives, more robust technical training and easier access to financing. 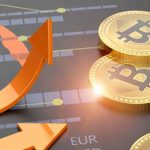