Below is part of the text from the article, including the section that cites Lindsay.

Less than a month after announcing plans to acquire resale app Depop, Etsy is setting its sights on further international expansion.

On Monday, Etsy acquired Elo7, the “Etsy of Brazil” for $217 million. While Etsy has sold internationally since its 2005 launch, its six core geographies have long been the U.S., U.K., Canada, Australia, France and Germany. This deal marks a move into Latin America. Furthering its “house of brands” strategy, Etsy plans to operate Elo7 separately and keep the Brazilian retailer’s existing leadership team. This is the latest signal that Etsy’s is betting predominantly on acquisitions to acquire new customers, rather than on partnerships as it has in the past.

Elo7 greatly outpaces Etsy in Brazil. Elo7 has 1.9 million active buyers and 56,000 active sellers operating primarily in Brazil according to Etsy’s press release, and is the 35th most downloaded shopping app on iOS in the region today, according to SensorTower data.

Comparatively, Etsy isn’t even in the top 200 shopping apps or 1,800 sites in the region. Moreover, Juozas Kaziukėna, the founder of e-commerce analytics firm Marketplace Pulse, said that his firm has found that there are only hundreds of active sellers based in Brazil.

Founded in 2008, Elo7’s merchandise assortment is spread across 40 different categories, with 50% of its gross merchandise sale coming from “special event” categories (like weddings and baby showers). Like Etsy, Elo7 is a peer-to-peer two-sided marketplace model with many sellers selling handmade or customized products.

Brazil, which boasts the world’s fifth largest population and Latin America’s largest economy, has become a popular place for marketplaces to expand to in recent years. Amazon, for example, first entered Brazil in 2012 and significantly expanded its operations in 2019, launching Prime in the region, and in 2020, building three new distribution to accommodate the region driving the fastest growth in Prime subscriptions.

“Marketplaces [are] growing faster than any type of retail e-commerce [in Latin America],” said Lehr. “They are getting more sophisticated and more diverse.” 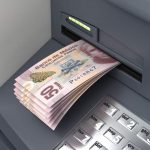 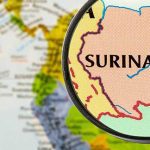