Recently Reuters covered Exxon’s discussion of building a fourth oil rig in Guyana, one of the world’s hottest new energy markets. To understand what is expected to happen with a local content policy bill that could be voted on by Guyana’s Pariliament by the end of 2021, Reuters interviewed Arthur Deakin, co-director of AMI’s energy practice an author of a number of recent analysis pieces on Guyana, including the country’s role in the green energy transition, lowering carbon emissions in Guyana to net zero and 3 lessons Suriname could learn from Guyana’s oil boom.

Here is a brief excerpt:

In February, Guyana’s Ministry of Natural Resources released the first draft of a local content policy to set standards for using workers and contractors on future projects. A new version of the bill with less ambitious targets is expected to be presented in Parliament in the coming weeks and put to a vote by year-end, according to Americas Market Intelligence (AMI), a consultancy specializing in Latin America.

“I don’t have any doubt it will be approved. The question is the percentage they will agree on,” said Arthur Deakin, an analyst with AMI.

The country plans an auction for new blocks by the third quarter of 2022, in a separate initiative to bring in new producers that could reduce the Exxon group’s dominance of Guyana’s oil sector.

Guyana “is going towards a more open system” for exploration rights to oil producers, Deakin said. 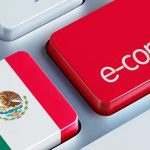 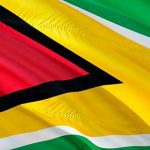