Guyana’s vice president, Bharrat Jagdeo, mentioned the decision to potentially create a National Oil Company (NOC). BNamericas cited Arthur Deakin, co-director of AMI’s energy practice, about the risks of that decision, as it was the topic of his presentation at the Guyana International Petroleum Expo 2022.

“A new legal and regulatory structure would need to be set up around the NOC,” Deakin said during the Guyana International Petroleum Expo. “It would also require finding the right company to partner with, finding the right people to run it and the implementation of a profit-sharing agreement. All of this would delay what Guyana is trying to achieve.”

Deakin pointed to the recent travails of other national oil companies in the region – including Venezuela’s PDVSA, Brazil’s Petrobras and Mexico’s Pemex – as further reasons to rethink the proposal.

Meanwhile, Deakin cautioned against a plan by the Guyanese government to find a Middle Eastern partner for its E&P projects.

“These Middle Eastern companies have a history of operating in non-democratic societies, where there is a non-elected monarch,” he said. “There is no public accountability, there is a lot of nepotism and a history of poor governance.”

We invite you to read the whole article by BNamericas: Guyana Warned Against Creating National Oil Company. 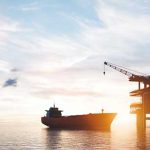 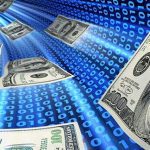