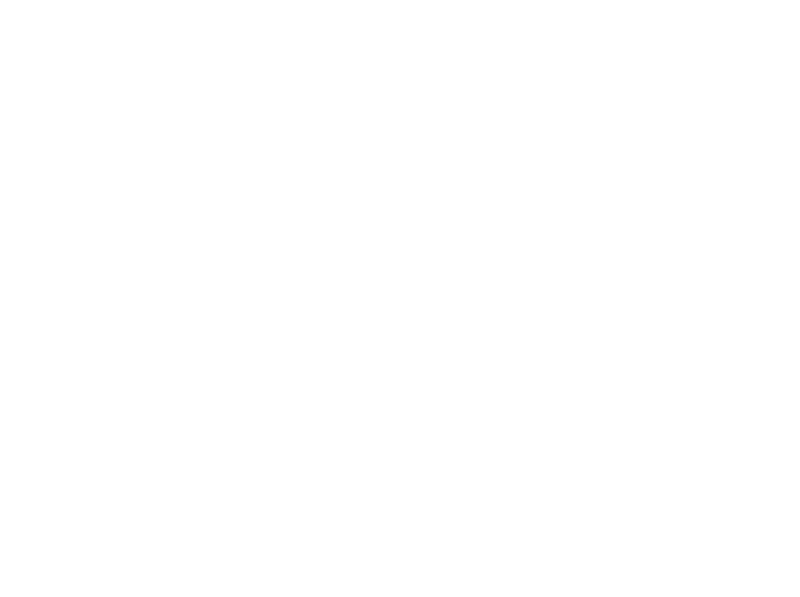 Note: This article is part of a series of articles on disruption in Latin America, including the main barriers to disruption as well as the key factors driving disruption in the region.

Disruption is nothing new to Latin America. Over 100 free trade agreements exposed Latin American manufacturers and farmers to global competition during the last thirty years. NAFTA alone put two million Mexican farmers out of work and another one million factory workers were laid off from 1995-1998.The disruption of Mexico’s economy — thanks to NAFTA combined with the peso crisis — received much less press attention than the 850,000 estimated jobs lost in the US in the years after NAFTA commenced.

However, globalization did little to disrupt Latin America’s services sector … until now. With an estimated 70% of urban Latin Americans wielding a smartphone, app-driven business models that attack service sector inefficiencies are proving to be alarmingly successful. Uber Mexico achieved a market penetration of 15% of adult Mexicans in four years, a threshold that required nine years for Uber to reach in the US market.

The most successful disruption models attack the competitive weaknesses of legacy sectors. Idle assets, be they equipment, real estate, or people, are an important source of waste. Many people own cars and homes that are unoccupied for long periods of time — ergo the supply-side drivers of Uber and Airbnb, respectively. The same sharing economy principle can be applied to underused boats, construction equipment and private jets. Too much overhead (real-estate and inventory) is why LatAm retailing is vulnerable to e-commerce. But the same weakness can be found in Latin American universities and colleges, banks, movie theatres, printers, funeral homes and hotels.

Latin America is home to some of the world’s most traffic-congested cities. Brazil’s online supermarket Pão de açúcar was developed to help working couples cope. Merqueo in Colombia has launched a similar business. Traffic is also a driver of new disruption opportunities in education and training, gambling, hair salons, general practice medicine, restaurants and specialized retailers.

The table below offers a breakdown of the main industries in Latin America that face disruption at one level or another. 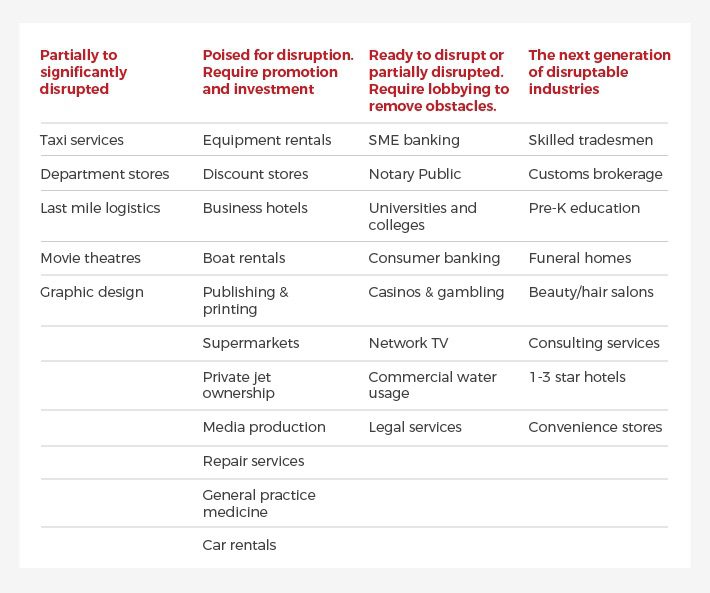 Even when unsatisfied customers in Latin America demand more disruption, several factors will slow the pace of change. Regulations protect banking, notary publics and utilities from disruption in spite of their wasteful inefficiencies. Latin America’s political class has proven very responsive to the outcries and financial largesse of threatened incumbents in the retailing, transportation, utility and financial sectors, ready to invent onerous regulations to slow disruption. Some disruption models require massive capital injections and specialized skill sets to import and adapt, much less launch from scratch.

Finally, Latin American consumers may not be culturally prepared to adopt new disruption models in spite of their economic logic. Urban land is running short for cemeteries, but cremation is eschewed by many Catholics, in spite of costing 80% less than a burial. In security fixated societies like Latin America, most homemakers are not comfortable with outsourcing home cleaning, babysitting or gardening services to strangers. Imported disruption business models must therefore adapt to the cultural realities of the Latin American market.

Diagnosing the vulnerability of your company and sector to disruption is only the first step in dealing with this phenomena. For that reason, AMI is pleased to be teamed up with IG Motion, a boutique management consultancy that specializes in the digital transformation of its clients. Together, we diagnose the threat/opportunity of disruption, work with our clients to define an appropriate strategy, aid them in their decision making and guide them through the arduous, change management process of delivering on their new strategy.

Contact us to find out more about how we can help you diagnose disruption in your industry and prepare. And if you’re a disruptor looking to expand to LatAm, reach out so you can understand legacy players better, as well as potential roadblocks like legislation, protective practices and more.