September 15, 2022, was a historic day for the crypto ecosystem. We saw the successful conclusion of “The Merge”: a significant and revolutionary shift in the way transactions are issued and validated in the database used by Ethereum.

In other words, Ethereum is moving from proof of work (PoW), a consensus mechanism that consumes a lot of energy, to proof of stake (PoS), which consumes less. Through PoW consensus protocols, validations in the blockchains are performed through the familiar mining process. Basically, this consists of thousands of computers competing to resolve a mathematical algorithm by force of iteration, consuming enormous amounts of energy and very often causing network congestion while the price and quantity of transactions increase considerably.

Proof of work therefore requires “miners” to solve a computationally difficult puzzle to earn the right to validate transactions on the network. Miners are rewarded in the form of a Native Token from the network in question that they are mining to solve the puzzle (for example, Bitcoin or ETH). On the other hand, proof of stake requires validators to “stake” a number of tokens for the right to validate transactions. In Ethereum’s case, it is 32 ETHs. If they begin validating transactions that other validators are not, their blocked ETHs will be retained by the network (the miners lose the value of their “stake”).

Although Bitcoin, the leading cryptocurrency, uses proof of work as its transaction validation protocol, many blockchains are currently already using proof of stake. They include, for example, Polkadot, Binance Chain, and Polygon. However, what makes “The Merge” iconic is that Ethereum is the second largest network in the crypto universe. It is a functioning network that performs transactions worth billions of dollars a day, and has successfully switched security algorithms.

Compare this landmark to the migration of a banking core at a single institution, and now imagine an entire network that stores hundreds of projects migrating on the fly, without interrupting it. It is truly amazing. In fact, it was called “The Merge” because in order to do it, Ethereum launched the Beacon Chain, a separate running blockchain that replicated Ethereum with the new security model. The Beacon Chain was launched in December 2020, and the fact of having two networks running in parallel allowed developers plenty of time to do testing before “merging” the two on September 16 last.

However, the Ethereum 2.0 journey is not over. The Ethereum roadmap still has a long way to go to reduce costs and improve scalability, security, and user privacy. “The Merge” is just another stop on this roadmap, as was the launch of the Beacon Chain in 2020, or EIP-1559 implemented in August 2020, which burned ~70% of the transaction fee paid to miners. 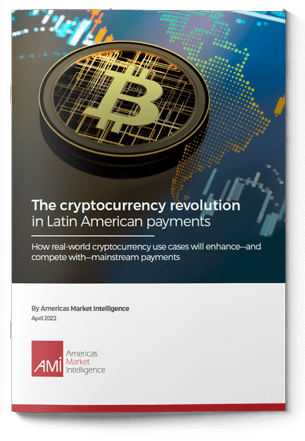 It refers to a process of partitioning the entire blockchain ecosystem into compact parts called shards. Blockchain developers often run shardings to scale up the comprehension capabilities of their blockchain and give the system a unique ability to process more transactions. The divided pieces or shards function independently after sharding and comprise their own set of protocols (something akin to having many separate blockchains, but which in turn form part of a single proposal).

Ethereum’s sharding will also make it easier for users to become validators by using simple technical tools, such as their laptops and cell phones, to take part in and help run clients on the network. This way, the sharding will finally allow more people to participate in or run projects. It will raise security because the more decentralized the network is, the less surface area of attack there will be.

We can therefore say that “The Merge” started off a transition to a new era in the Crypto world; however, the final step will be taken in 2023. With the effective reduction in energy consumption and the increase in the scalability of transactions, Ethereum will extend its comparative advantages to become the ecosystem’s main network for the development of crypto solutions, not only among private players, but institutional ones as well.