By Paula Guelfo
Posted April 29, 2022
In Payments
The Impact of Open Banking and Open Finance Among Latin American Businesses and Consumers2022-04-292022-05-06https://americasmi.com/wp-content/uploads/2018/08/ami_logo_web_default_01.pngAmericas Market Intelligencehttps://americasmi.com/wp-content/uploads/2022/04/open-banking-in-latin-america.jpg200px200px

Open banking is a hot topic in the fintech world. We know it relates to “data sharing” and “democratizing access to banking”; we also know that regulation of open banking is advancing around the world. Clearly, open banking is big, important, and on its way. But what exactly is it? And why is it so important? We look at data, but what do they mean?  For example, the global size of the market is a good seven trillion dollars, and is forecast to grow by 2,800% over the next five years. Ok, so how do we put that in tangible terms?

In this article, my aim is to answer these questions by giving concrete, everyday examples that can help us comprehend the huge impact that open banking may have on this and other emerging regions. 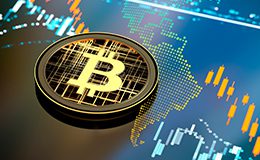 Why We Need It

Latin America has one of the highest rates of informal labor in the world. According to latest data from the International Labor Organization (OIT), we are talking about 53% of the region’s economically active population.

These issues, combined with the region’s other structural characteristics, such as its low rate of banking, have several consequences, including:

The Case of Melina

While writing these words, I cannot stop thinking that, as an Argentine woman, these issues affect my close social circle:

Melina is a friend of mine, a 27-year-old who is from a middle-class background. About three weeks ago she asked me what she could do to buy a notebook. She had an aging one and had given it all the possible upgrades, but it was now high time she had a new computer. Melina needs to be able to work more effectively and study online, so a decent notebook is essential. However, despite her holding a degree in occupational therapy, she works in customer service at a company that sells machinery—off the books. This puts her in an difficult position, in that she is unable to access financing to buy the notebook that would help her in both her working and personal life.

Melina is middle class, has a degree, a bank account, and is completely online, yet she doesn’t have the formal financial means to prove she is creditworthy.

She has two bank accounts:

Bearing in mind that the computer she wants costs USD 500; it can be bought on credit but the amount is more than her limit; her card has some purchases on it already; she doesn’t have USD 500 saved up, and loan rates are super high because of the country’s economic situation, this raises the following question:

Why doesn’t Melina have access to financing when in fact she could afford to make the installment payments? It’s because the banks know little about her or her finances.

How could Banco Galicia and BBVA know that Melina actually does have a monthly income—albeit not a formal one—that would enable her to pay the balance of her card if only they would increase her limit?

One answer is: with alternative, complete information, thanks to open banking and open finance.

Remember, although other sources of information are used, Banco Galicia makes decisions based primarily on Melina’s transactions through them. The same goes for BBVA. It’s odd for banks to be making business decisions without having the ability to access other information that reveal the true potential behavior. This lack of access to information creates a stunted risk profile, and leads to biased decision making due to the lack of available information.

Unfortunately, for both financial institutions and consumers, banks are already facing barriers to the implementation of open banking and its management. Technologically, we can say that adapting systems of different players is complicated, as there are no standards for the exchange of information (which is usually done via APIs, something like a system of “pipes” through which the data flow).

Moreover, Latin America is historically a region of very low labor formality, which generates less access to consumer data, leading to, for example, a lack of credit records and making it difficult to correctly profile the credit risk of people who are more likely to need these services. The lack of information and communication between the different information sources generates a barrier which—although work is underway—is right now inhibiting the growth of open banking.

Open banking and open finance enable consumer profiles to be viewed from a different angle, and products to be adapted to them. This additional information to what they already possess opens the door to countless opportunities, both for the financial ecosystem, and for people who, like Melina, currently have no access to certain products simply because their information is partially obscured. Sharing the information is, at this stage, a strategic move, running counter to the old view that sharing may be counterproductive or dangerous, and it opens the door to dozens of usage cases that may bring in customers and generate revenues:

What else does open banking allow? While regulation is pushing forward open banking in Brazil and Mexico, in Argentina private companies are beginning to innovate to allow data to be shared and to make it easier for banks to talk to each other. The best example is the successful “Banco de APIs” (“APIs Bank”) from Banco Industrial (BIND)[2], which has created numerous opportunities for Argentine users, such as[3]:

It is also important to understand how open banking impacts the consumer’s user experience and improves the competitiveness of companies that use it.

One clear illustration of the difference between the user experience with and without open banking (and the resources needed to carry out the operation) is that of putting money into an investment accounts The following infographic shows what depositing money to invest used to entail, before the implementation of a capability that automates account reconciliation, compared to how easy it is to do nowadays.

As we can see, because of the way APIs are used in bank transfers, it is now possible to:

Contact us if you would be interested in a more in-depth study of open banking or other key issues affecting the payments sector in Latin America, such as cryptocurrencies, social commerce, buy now pay later and many others.

Paula Guelfo
Paula Guelfo is an analyst for AMI's payments practice and is based in Argentina. Her areas of focus include open banking and financial inclusion.
Recommended Posts
Recent Posts
In the News