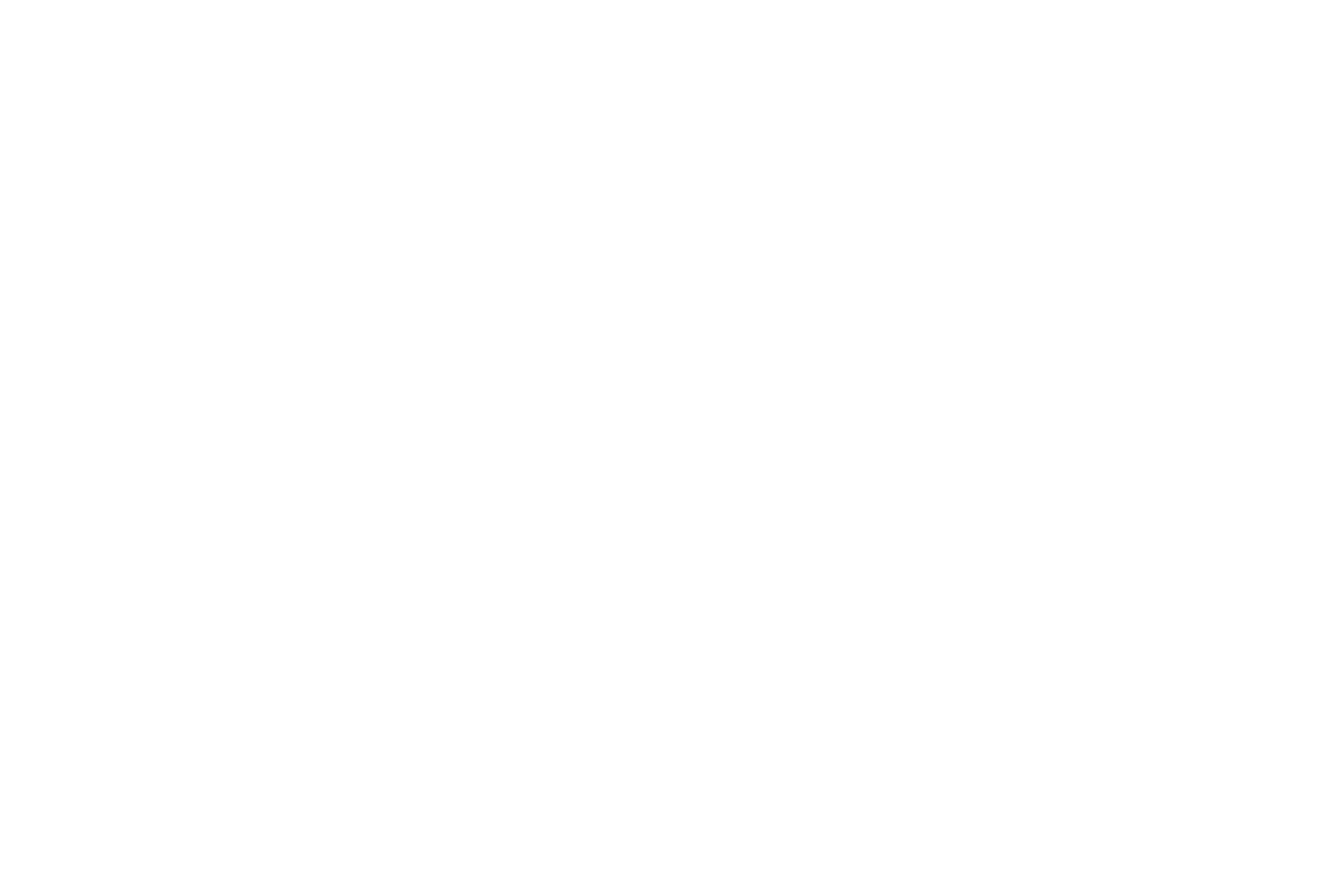 For more than three decades, Chile was the poster child of Neoliberalism, the country that followed diligently the IMF playbook. Such discipline was rewarded with impressive growth and the envy of its Latin American peers. By 2010, pundits predicted that Chile was but a few years shy of becoming Latin America’s first “developed” nation. The latest down-cycle, marked by both low copper prices and the flirting with expanded government, created a new set of obstacles for Chile. The question hovering over voters ahead of the Presidential elections in November is, “Can Chile get its groove back?”

The question goes beyond predicting Chile’s short term economic fortunes. For Chileans, the question reveals the divided aspirations of a country, which in spite of its impressive growth, has remained a nation of starkly separated classes. For the entrepreneurial class, be they titan or shopkeeper, the November election is an opportunity to reboot economic policy, rekindling the mantra of small government and fiscal discipline. But for many in Chile’s undersized middle class, the Neoliberal policies of the past are no longer viable. While carrying much of the nation’s income tax burden, the middle classes must also pay out-of-pocket for private toll roads and utilities and often pay for privately run healthcare and education services. Their frustration powered the last presidential election results when Michele Bachelet won on the promise of free university education and subsidized public services.

The middle income demands of the Chilean electorate are temporarily on hold as the country struggles to return to growth. But a longing for more than basic economic stability has been awoken by Chile’s generational success and, though muted presently, will again resurface when economic conditions better themselves. Chileans are different than most of Latin America. To begin with, they are better educated, not only measured by the number of years spent in school, where they are equaled by Argentina and Uruguay but more importantly by measure of the quality of their educational institutions, where Chile has no equal in Latin America. Three decades of economic growth, constantly increasing GDP per capita, and declining poverty led Chileans to expect more. In surveys that our firm has conducted in the auto sector, Chile is the only country in Latin America where concern for the environment figures prominently in consumer choice of car brand and type. Ranked 10th in the world in the efficiency of government services by the Heritage Foundation, Chile is the only Latin American country in the top 35. Many Latin American societies have proven tolerant of corruption counted in the billions of dollars but Chileans turned against their President Bachelet when her son was accused of stealing thousands. Chileans demand much more from their public servants than any Latin American society. It helps explain their trajectory of success but also the depth of their anger, presently.

Chileans of all political stripe today are frustrated. Whether they yearn for a return to past growth or the realization of First World benefits that were strung like carrots just out of reach ahead of the last presidential elections, Chileans are unified in their disdain for the Bachelet administration. In polling firm Cadem’s February, 2017 survey, 75% of Chileans disapproved of the President’s performance, with less than 20% showing approval, levels sustained over the last 18 months. Her approval rankings collapsed in mid-2014, about one year after copper prices fell, triggering the reversal of election promises made that were proving too costly to fulfill. Incongruently, Chilean individuals and businesses tell pollsters that their own lives and material stature is improving, while 82% believe that the country is on the wrong path. In lesser developed economies, this divide in thinking between one’s own well-being and that of his country is far less prevalent. It speaks again to the social consciousness of Chileans and the existentialist crisis suffering a nation that aspires for more than economic well-being.

November elections remain a long way off, but one prediction will most certainly prove correct: Michele Bachelet’s Socialist party will not win the presidency. Most likely, former president Sebastián Piñera will win. In fact, Chileans seems resigned to that seemingly inevitable outcome. In the same Cadem survey, only 51% of voters have decided for whom they will vote and Piñera enjoys a surmountable lead over Alejandro Guillier of only seven percentage points. However, when asked who is likely to be the next president, that margin grows to 31%. Guillier, a nationally recognized TV journalist of 25 years, is running on a platform that might be described as a uniquely Chilean form of populism. He criticizes the established parties as indistinguishably Neoliberal and promises a move to the left. However, Guillier is quick to criticize the misgoverned model of South American socialism epitomized by Venezuela and he embraces Chile’s efforts to build a regional economic block with other South American countries. Defining himself as much by what he is not than what he truly is may lead Guillier into political wilderness with an electorate that is both pragmatic and increasingly cynical. With Ricardo Lagos out of the race, Guillier picks up a few points of support but will struggle to compete against the polished discourse, ample budget and policy consistency of Piñera.

Piñera, a seasoned political fighter, has exploited a growing sense of xenophobia found in Chile, whose immigrant population has exploded in recent years. Chile’s economic success and small population has attracted hundreds of thousands of South American immigrants, chiefly from Bolivia, Peru, Argentina and Colombia. More recently, Haitians and Venezuelan numbers have spiked…with 34,400 Haitians arriving in 2016 alone, according to Chilean Police. At less than 3% of the total population, Chile’s immigrant numbers pale in comparison with traditional immigrant societies: US (16%), Germany (16%), UK (13%) or Canada (22%). However, since 2000 Chilean immigration growth has outpaced the US at a ratio of 4:1, and the UK by 2:1. While Chile was growing handsomely up to 2013, jobs were found for these mostly low-skilled migrants, providing Chile’s middle class and business owners with the same benefits as other immigrant countries—low-cost service labor. Chile’s recent recession, however, has punished the informal sector, spiking unemployment among the migrant community. Immigrants, once viewed positively in Chile, are now viewed negatively by a narrow margin while 75% agree that the country needs stricter immigration policies.

The next President, most likely Piñera, will enjoy a more prosperous external environment than the unpopular Bachelet. Copper prices have enjoyed a sporadic 25% rebound from the bottom of the last down cycle, which was reached in late 2015. The election of Trump and the promise of bigger infrastructure spend combined with China’s ambitious silk-road project have boosted copper’s prospects. The more recent rebound in emerging market sovereign bonds and currencies bodes well for copper demand, which will come disproportionately from these countries as they invest in communications infrastructure. Chile remains Latin America’s leading mining jurisdiction in spite of some high profile battles against mining firms like Barrick Gold. Though gold miners may turn to other countries like Ecuador, the Guianas, Argentina and Peru for new exploration efforts, Chile remains the king of copper.

Chile’s low-risk scores enabled the banking system to issue record levels of debt to consumers in the last boom cycle. Debt issued to the private sector (credit cards, mortgages, bank loans) is now 80% of GDP, almost double the rate in Mexico, but well below the OECD average. Debt has helped propel Chilean consumption but also made the country vulnerable to interest rate changes. The Central Bank raised rates gradually in 2015 and 16 in response to higher inflation provoked by the Peso’s 2013/14 depreciation. Now, it appears that the Central Bank can lower rates again, such that the twin drivers of higher copper prices and more consumer lending and spending should bode well for stronger growth in 2018.
Chile, the exporter economy, should enjoy stronger prospects in 2018. As a purveyor of raw materials, agricultural products and semi-industrial goods, Chilean exports are not targeted by the new wave of protectionism sweeping the US and parts of Europe who look to punish foreign manufacturing assemblers. Chile’s biggest customers are all on the rise. The U.S. dollar has appreciated since Trump came to office and should remain strong as the U.S. Fed reigns in a decade of dovish policy. Brazil found bottom eight months ago and continues to regain lost footing of its currency and internal demand. Argentina is poised for significant currency appreciation after 18 months of reforms reposition it as a FDI destination. China industrial growth has resumed high levels after two years of moderate growth.

Sebastián Piñera seems destined to lead Chile a second time. He should enter office with a strong mandate to govern and a welcome external environment. Where he will be challenged is managing the aspirations and expectations of a youthful electorate who is anxious to adopt the living conditions of a developed nation. To satisfy the appetite of the middle class, Piñera cannot simply turn the clock backwards to a more simplified neo-liberal past. Chileans still want a competitive, job-creating economy but in the next upside cycle, they expect their government to facilitate a more inclusive society that narrows the gap between Chile’s privileged and working classes. That will be no easy feat.

Contact Americas Market Intelligence for insights into Chile, the risk in other mining jurisdictions and other intelligence that will give you a competitive edge in Latin America, identify new opportunities or help you increase market share.