Television has opened the way to streaming, and radio has opened the way to the podcast. Some opinion leaders have become content creators on various social platforms. This undoubtedly represents a paradigm change in media consumption, with evident challenges for Latin America. In Mexico, 59.5% of the adult population is concerned about the reliability of online news. This percentage is higher in Chile (64.6%), while Brazil is the country most worried about so-called fake news(84%), according to data from We Are Social.

There are also challenges for marketing experts, who are facing new standards of communication and new ways of impacting their audiences. In this regard, at AMI we have identified the region’s main media consumption changes, and the way the advertising industry is reacting. 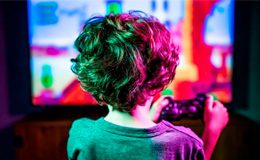 Only in television is the decline minimal: 2% fewer Latin American users watched TV news in 2021 than in 2020. In fact, in 2021, 93% of the Latin American population were still watching television news. Nevertheless, data from GWI reveal that overall (for both news and all other types of programming), in 2021 television is in second place as the medium Latin Americans spend the most time consuming, behind social networks.

#2: The Irreversible Rise of Mobile Video

These data on penetration are crucial for marketing experts because of the issue of better reaching their target audiences. For example, reports by Penthera show Latin Americans prefer using their cell phones to watch videos, even over connected televisions or PCs.

However, despite a clear opportunity, there is a failure to take advantage of this preference for mobile video in all the region’s markets, particularly the largest one. After looking at monthly reports by the firm AdMetricks, we found that Brazil—the country with the highest rate of smartphone adoption in the region—is in fact the market with the least investment in digital advertising on mobile devices (see chart below). Brazil’s advertising share for mobile is 25% compared with 75% of advertising aimed at desktop computers. The same is true in Peru: 28% of advertising is aimed at mobile devices compared with 72% at desktop computers.

In fact, and despite users reacting better to advertisements in video format for mobile, static advertising continues to predominate in Latin America:

#3: Television Is Losing Popularity to Streaming

Streaming is a medium that has gained the outright support of the community in Latin America. The SVOD (subscription video-on-demand) variant is the most popular kind. Between 2019 and 2021, the Latin American SVOD audience grew 40% according to the report by Sherlock Communications. In addition, Statista claims there will be some 68.81 million paid streaming subscriptions in Latin America in 2022. By 2026, paid SVOD subscriptions will have risen to 116 million in Latin America.

In terms of paid streaming or SVOD providers, Netflix will continue to lead the market in Latin America. The 41.02 million Netflix subscribers in 2021 will grow to 49.07 million in 2026, according to Digital TV Research. By contrast, Disney+ is expected to reach 33.28 million subscriptions in 2026, a 17% increase over 2021, occupying second place in the region.

According to data from Digital TV Research, the growth of rivals like Disney+ in Latin America will cause Netflix’s market share to shrink some 15 percentage points between 2021 and 2026, dropping from its current 58% to 43% in Latin America. Conversely, the Disney+ market share will expand from 17% to 29% by 2026.

Nevertheless, despite the favorability of paid streaming, subscription models like Netflix are under debate, given that Latin America’s population:

This streaming model is known as AVOD (advertising-based video on demand), and is preferred by 70% of Latin American Internet users, according to Sherlock Communications.

As a case in point, viewing of YouTube in Latin America shot up during the pandemic, revealing viewers’ specific interests. For example, gardening-related videos in Latin America were viewed more than 26 million times in 2021.

For marketing experts in Latin America, AVOD is shaping up to be a successful sales model. Sherlock Communications cites the Propmark report, showing that three out of four Latin Americans do not mind watching ads as long as the platforms hosting them are free or low cost. In turn, 83% of Latin Americans surveyed said they want free streaming services.

Data put out by Semana reveal that 37% of YouTube viewers in Latin America say the sponsored/paid content on the platform makes them want to buy the brand’s products.

However, marketing experts need to be careful with the quality of their ads. A recent survey by Penthera revealed Latin Americans’ biggest frustrations when it comes to viewing AVOD advertising: when the ad is repeated over and over again (59%), too many ads (45%) and when the ad fails to load or cuts off (32%). Similarly, 70% of Latin Americans do not feel represented in AVOD ads.

Social networks are part of the modern citizen’s daily life, with 72% penetration throughout South America, according to data compiled by We Are Social and Hootsuite. Better yet, YouTube, WhatsApp, and Facebook use is higher than 90% throughout Latin America. Similarly, a user in Latin America spends at least 3.5 hours a day checking their social networks.

For marketing experts, this represents a potential advertising audience of between 60% and 80% of the population in each country on the most popular platforms, i.e., Facebook and YouTube.

Of course, the region’s marketing leaders have been taking advantage of social media for more than a decade. In Colombia, social networks were the most significant channel of advertising investment during the third quarter of 2021; 39.8% of the total invested in digital, according to the Interactive Advertising Bureau (IAB). This represented a 73% increase over 2020. 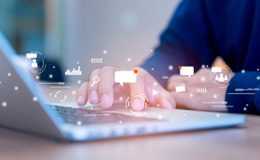 Certain successful digital marketing tactics are derived from the potential in social networks:

We explain these tactics in more detail in our article Six Key Digital Marketing Tactics to Use in Latin America in 2021.