By John Price
Posted March 31, 2020
In Coronavirus Resources, Eco-political analysis
How Prepared Is Latin America to do Battle with COVID-19?2020-03-312020-06-11https://americasmi.com/wp-content/uploads/2018/08/ami_logo_web_default_01.pngAmericas Market Intelligencehttps://americasmi.com/wp-content/uploads/2020/03/how-prepared-is-latin-america-for-coronavirus-covid-19.jpg200px200px

Between March 15th and March 20th, Peru, Ecuador and Argentina acted swiftly to implement a series of social distancing policies ranging from curfew to quarantine, several days ahead of Chile and Colombia and close to two weeks ahead of Mexico and Brazil, where policy making appears still to be in disarray.  By now, most countries in the region have enacted some sort of policies designed to slow the spread of the virus, taking playbooks from wealthy, industrialized countries in Asia, Europe and North America where COVID-19 first struck. Unfortunately, Latin America has neither the government infrastructure to decimate the virus as East Asians have done nor the fiscal resources of the US or Europe to survive a lengthy economic shutdown. Instead, Latin America is destined to muddle through, risking both human catastrophe and severe economic recession.

If there is a bright spot in this otherwise gloomy picture, it is that Latin America’s still youthful population may be less susceptible to the dangerous side effects of COVID-19. Based on data emerging from Europe, we now know that the average age of the COVID deceased was well over 75 years old, the majority of which had at least one of the following chronic illnesses: diabetes, high blood pressure or heart disease.

Latin America has roughly half the population over 65 years of age versus Europe and one-third the proportion of elderly over 75 years of age. However, Latin Americans are not healthy by global standards. High levels of obesity in Latin America have led to above-average levels of diabetes and heart disease. Based on demographics alone, Latin America will fare better than Europe or the US in weathering the death count of COVID-19, even while LAC’s underfunded healthcare infrastructure will struggle to cope with COVID hospitalization. 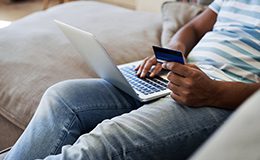 Forecasting the spread and impact of COVID-19 remains an inexact science, particularly in regions like Latin America where the first cases emerged only a few weeks ago. But some predictability is forming around growth rates and social distancing actions taken by society at large. For Latin America, the healthcare crisis will soon be acutely felt in its Intensive Care Units (ICUs) where the most serious 2%) of cases are treated for up to three weeks at a time. Chile, Brazil, and Mexico will suffer the most from their shortage of ICUs. In Colombia, where most cases are and may remain concentrated in Bogotá, there will also be terrible shortages.

By acting sooner than others, Peru and especially Argentina should fare better in handling the surge in critical cases of COVID-19. However, nowhere in Latin America is equipped like European or East Asian countries to absorb the shock to their health systems.

A useful country for Latin American health officials to study is Iran. Its per-capita income levels match those of more affluent Latin American countries. Its health system is similarly equipped and its population is similarly structured and its demographics mirror those of Latin America. Iran reached its 100th case three and a half weeks ahead of Brazil, the first country in LAC to cross the foreboding threshold.

Latin American governments face the same heartbreaking trade-off decisions as other countries around the world where the COVID-19 virus has spread: sacrifice the lives of your population’s most vulnerable or sacrifice your economy. Many OECD countries can delay or even mitigate such a trade-off by unleashing massive fiscal spending and monetary policy easing (printing money). Latin America has much less latitude. 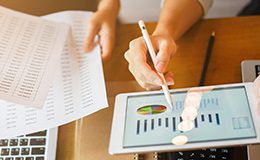 Get constant updates on your industry

Tailored monitoring reports to help your decision-making and planning

Although Latin American governments carry smaller debt loads than the US, Europe or China, their borrowing costs are much higher and international markets are wary of lending money in this environment. Latin American companies who try to raise capital in local equity markets tend to suffer greater share price devaluation as investors flee to US money markets, hurting not only equity pricing but also national F/X levels. Latin America’s generally well managed Central Banks can only do so much to lower interest rates, given the negative impact on their currencies, which drives up living costs.

With anywhere from 30-60% of working Latin Americans employed informally, there is no legal or economic recourse for many if they are forced to stop working.

The only country in Latin America with any fiscal slack is Chile, thanks to its copper-financed, rainy-day fund. But even if Chile were to spend the entire fund, it could only keep a stopped economy financed for a couple of months.

Lock-down policies do save lives but Latin American governments simply cannot shut down their economies for more than four weeks without risking massive unemployment and the devastating consequences that come with it, including soaring crime, malnutrition, and social unrest.

The IMF, the World Bank, the IDB and other multilateral lenders will provide support to Latin America but, with the exception of the IMF, those institutions may take weeks to release funds. Latin American countries need fiscal assistance today to beef up their intensive care infrastructure as well as provide fiscal relief to their economies and support for national banking systems deprived of capital.

The countries best poised to help themselves both fiscally and monetarily are Chile, Colombia, Peru and Mexico, followed by Brazil. Venezuela, Ecuador and Argentina look particularly vulnerable right now. Private lenders are loath to touch any of the three and multilaterals struggle to obtain reliable data with which they can structure a loan. 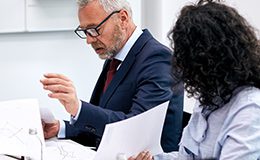 Get help to re-calibrate your 2020 Business Plans

Beyond testing Latin America’s inadequate healthcare infrastructure and fragile economies, of great concern is how its divided societies will weather the economic storm ahead. Home to the world’s most unequal wealth distribution, Latin American societies have been kept together by a unique blend of faith, family support, populist and nativist politics. But social unrest in 2019 revealed how tenuous is the thread holding many Latin American societies together. With little or no social safety net, unemployment can quickly lead to society wide anger and desperation.

Latin American and Caribbean nations count among them some of the most dangerous jurisdictions on earth. Many are concerned that the region’s already high levels of homicide and domestic violence will grow worse in the face of widespread economic strife.

How quickly Latin American economies can rebound from the crisis ahead will largely depend upon how quickly they can re-engage with the global economy. Without the ability to finance its own growth, Latin America will rely, as it always has, upon foreign capital and customers to pull itself out of recession. Exports, tourism, foreign direct investment and imported capital are the leading instruments of recovery.

The most favored exports throughout and beyond the crisis will be agri-food products whose demand will suffer the least. Latin America produces 16% of world food exports.

China is expected to be the first major economy to recover from COVID-19 and has already announced ambitious infrastructure plans to put its people back to work. Publicly funded infrastructure may also gain favor as phase II fiscal stimulus in Europe and the US (at the very least to beef up healthcare capacity). These efforts will boost demand for industrial metals, a leading source of export revenue for Brazil, Chile, Peru, Mexico. Gold prices have already begun to rise, and may provide a needed boost in the midst of the crisis for Peru, Colombia, Guyana, Dominican Republic, and Brazil. 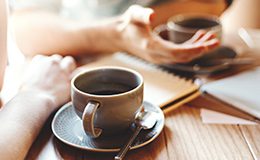 For manufacturer assemblers in Mexico, Central America and parts of South America who rely upon imported components and key equipment, the trade and supply chain disruption caused by COVID-19 will take its toll. If a car is missing one or two vital parts, it cannot be shipped and the factory comes to a halt. This is the dilemma facing assemblers across the globe. Mexico is particularly vulnerable to supply-chain disruption, and the fact that many of the value-added products made there will suffer a drop in demand during the crisis – car sales in China, for example, dropped over 80% in February, 2020.

But the most vulnerable will be economies that rely upon international tourism. Most countries have shut their borders to international travelers and will be reticent to open them quickly without adequate testing infrastructure to ensure that the virus is not re-introduced. Furthermore, tourists themselves will be gun shy about traveling abroad. Analysts predict that it will take up to three years for international travel volumes, particularly holiday travel, to resume to pre-epidemic levels.

Contact us to learn more about how our company can help yours deal with the COVID-19 crisis with resources that include phone consultations, a newly-produced e-commerce report, business planning, online conferences and webinars, industry monitoring, coffee chats for industry professionals and more. 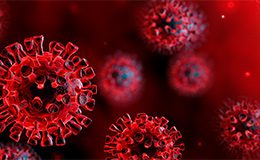 An array of free and paid services to help your company