Veteran miners are aware of the operational challenges in Latin America, but most financiers are not familiar with these difficulties. Mines in Latin America tend to be set in remote locations and are reached by narrow, unpaved roads.

In the gold-rich Guyana shield or at isolated sites in the Amazon and Andes regions, roads are washed out in the rainy season or driving becomes so slow it is inefficient to haul precious cargo by truck. Rivers may offer an alternate route (for heavy equipment being shipped to the mine, for example) while helicopters are often employed to remove processed precious metals.

But for the most part, road and rail connectivity is the foundation of mining logistics across the region. 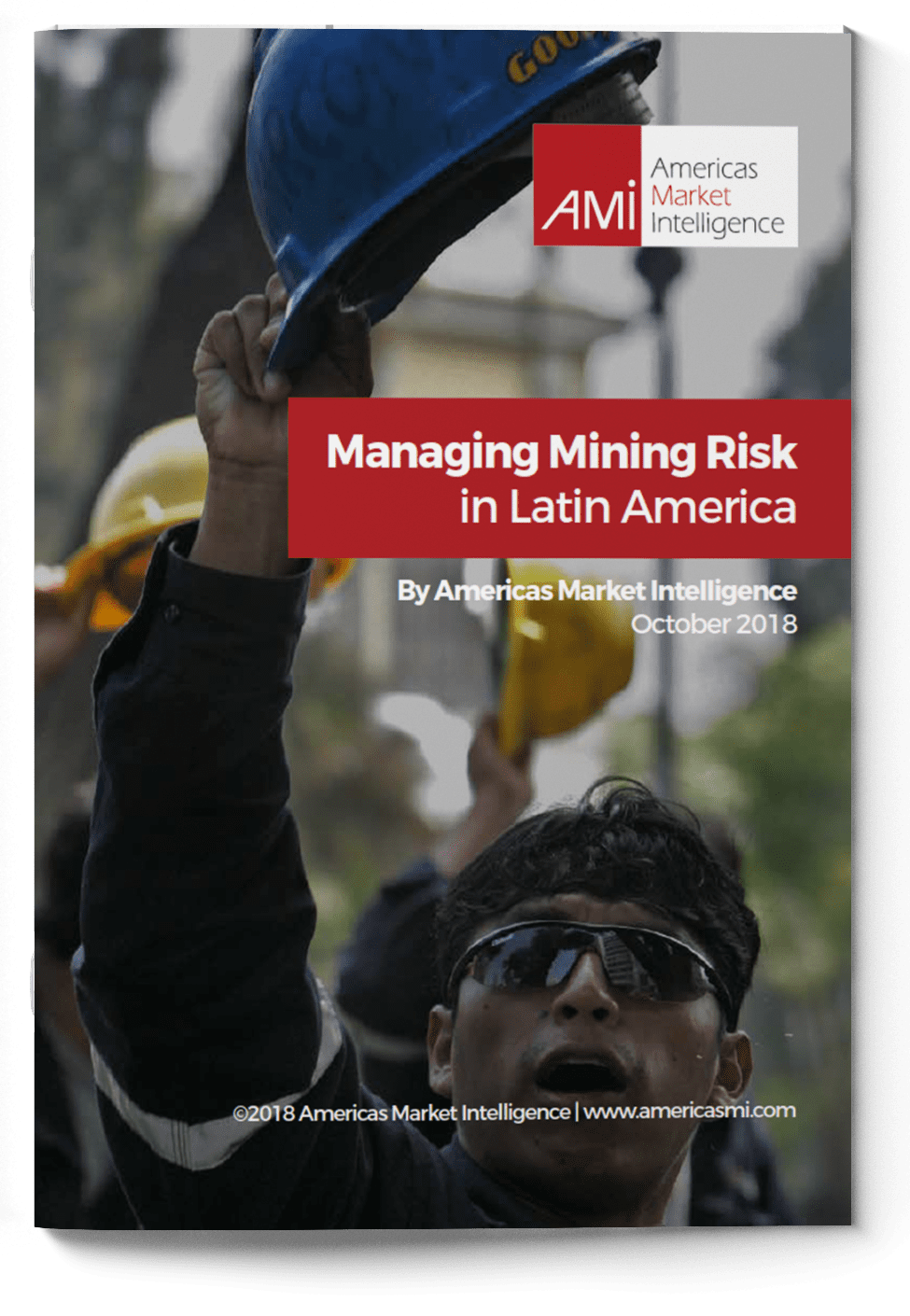 The Transversal Nature of Operational Risk

At AMI we are not in the business of advising miners on how to build mines and associated infrastructure. Miners have a breadth of engineering and operating experience, which in turn allows them to define the best project optimization and costing methodologies. What we do instead is take a crack at the elusive concept of risk across seven key areas that transverse the mine lifecycle and allow investors—and miners—to understand how seemingly disjointed variables can intersect to affect their plans.

Operational risks are a great example of this holistic approach. Access to reliable and competitively priced sources of energy and water can be influenced by local political power, environmental concerns by local communities, and bureaucratic red tape. The efficiency of ports can be affected by capital controls, which are in turn the result of broader economic pressures, weak or inefficient regulatory frameworks, and hostile unions.

Opponents to a mine or those looking to extort mining operations will often target supply routes to form a blockade and singlehandedly bring an operation to a halt.

This was the case with Las Bambas in Peru, one of the world’s largest copper mines, which is owned by China Minmetals Corporation (MMG). For the copper to reach the coast for export it must be transported along a 325-kilometer road that bisects 37 communities’ territories across Cusco and Arequipa departments.

Demanding that the company fulfill its social investment commitments, members of the Fuerabamba and Huancuire communities, as well as other communities and local organizations, blocked the highway with sticks and rubber tires for the better part of 2021 and 2022. The mine decided to cease operations in April and May of 2022 before a government-mediated agreement was reached. Las Bambas alone accounts for 1% of Peru’s gross domestic product and each blockade influenced the international prices of copper and other commodities.

The most efficient, state-of-the-art highway can do little against the fury of local communities seeking to interrupt projects by legal, electoral and protest means. An appropriate risk assessment to ensure business continuity must strive to understand the financial and political motives of the opposition. At AMI we do just that, together with a plan of the right project design and communication strategy to overcome the opposition.

Revealing the Roots of The Threats

Negotiations with the government stalled for weeks as both parties blamed each other, with most (not all) truckers ultimately lifting the strike as an act of good faith to prevent further damage to the country’s already strained economy.

All industries, including mining, had a vested interest in seeing the conflict stop. But the solution to the truckers’ concerns runs deeper than what either party will acknowledge: the demand for diesel fuel has skyrocketed in recent months, yet oil companies are reluctant to import diesel because they are unable to sell at cost price due to government restrictions. Fuel imports are also restricted by a shortage of foreign currency. But it is a combination of tight foreign-exchange controls and an increase in the monthly pace of currency depreciation that have allowed authorities to avoid devaluation, which would hurt purchasing power for all citizens — including truckers.

Having secured an IMF deal whose terms lay a path towards macroeconomic stability, the government now may tackle truckers’ concerns. Miners, and all other businesses, have no choice but to embrace Argentina’s labor market rigidities, limited trade integration, and a shallow domestic financial system, and can ill afford to operate without understanding, measuring and mitigating said risks.

Meanwhile, the Carajás Railroad in Brazil has come under scrutiny for its incidence in health problems for the community, structural damage to houses, people hit by trains, deaths, and lack of dialogue with the company. The railroad opened in 1985 and today runs 892 kilometers, connecting the world’s largest open-pit iron ore mine (located in Carajás in the state of Pará) to the port of Ponta da Madeira in Maranhão’s São Luís municipality, which is located on Brazil’s Atlantic coast.

The Brazilian government has pursued a large privatization effort through a pipeline of concession auctions and regulatory reforms aimed at attracting financing to help narrow a historically large infrastructure funding gap. But the underlying momentum risks antagonizing local and indigenous communities. Ultimately, it is the local community—a body of voters—whose opinions matter most in terms of reputation management. Railroad operators in Brazil would benefit from maintaining an open discussion with the people who live closest to these large projects, and miners must weigh their dependence on these much-needed but often poorly planned infrastructure projects to prevent unexpected delays, interruptions or conflicts.

Most reputational attacks come from mining opponents, who are better equipped than ever before to wage reputational battle against mining interests.

Most challenges in Latin America can be overcome with approaches that reduce their impact on operations. Contact us to receive strategic guidance on how to manage operational risks in mining, including:

And beyond dealing with current risks, our ongoing monitoring may be the strongest asset for miners and investors, because this allows us to detect other challenges in early stages and help manage them, rather than allow major conflicts to erupt that can shut down mines and engender huge costs, both financially and reputationally.