When we discuss digital marketing in Latin America, we should immediately focus on mobile marketing. That’s because LatAm is one of the fastest-growing mobile markets in the world, with growth driven at least partially by the COVID-19 quarantines.

A 2020 report from GSMA estimates that by 2025 more than 80% of Latin Americans will own a smartphone. This will make the region’s use of mobile data go up by 5 times compared to 2019 (before the pandemic). The three countries expected to drive this massive surge in LatAm mobile data use are Brazil, Mexico, and Colombia.

Other interesting data from the GSMA report includes:

Given this, what kind of approaches should companies take when operating in Latin America in 2021? Beyond noting the mobile market growth, it’s crucial to get at driving factors, particularly behavior. As such, below we identify 6 key digital marketing approaches for companies to employ in Latin America and the study data that supports taking them.

During Q1 2021 there were more than 1.3 million mobile app downloads in LatAm on both iOS and GooglePlay, according to AppsFlyer. The report with this data point notes: “Mexico, Brazil and Spanish-speaking LATAM outpace the downloads market, seeing strong growth year over year — a huge opportunity for mobile marketers.”

Without a doubt, this offers great potential for focusing budgets on in-app advertising, particularly with games, social media, and messaging apps. Game app advertising make sense because of the massive popularity (612 million downloads in Q1 2021, as per AppsFlyer). Investing in in-app ads on social media and messaging apps will deliver powerful reach due to the number of active users on these: Facebook and WhatsApp are the number 1 and 2 apps in LatAm, respectively, in terms of users. However, TikTok is the app that currently is #1 in terms of downloads in markets like Brazil, Argentina, Mexico, Chile, and Colombia, according to 2020 data from Hootsuite.

When trying to introduce a new brand into Latin America, especially on the consumer side, recent data from Oracle suggests established social media players are a better choice than the upstarts.

According to Oracle’s 2020 Anatomy of Change report:

So, despite the burgeoning popularity of TikTok, the first two platforms appear to be much more effective for getting a new brand discovered by consumers in Latin America. The graphic below shows how particularly dominant Facebook remains in Latin America.

And where does this massive reach come from? According to Hootsuite data, between 97.5% and 98.9% of Latin American users access Facebook from their mobile phones.

#3 Take Advantage of AVOD… but Improve the Quality

Based on this level of engagement, experts agree that advertising-based video on demand (AVOD) will continue to be a strong-performing channel in Latin America. With AVOD, users access free multimedia content in exchange for viewing ads. YouTube is the leader in this format, followed by videogame apps. Even the subscription-based streaming services that are so popular in LatAm offer these alternatives for watching content. In fact, GlobalPay, Brazil’s most popular video streaming service, already offers some free content through AVOD.

However, favorable figures are not helpful if the advertising spots are weak. Penthera’s recent report on Latin America’s video streaming, which covers Q1 2021, is based on survey data and indicates that 70% of Latin America users do not feel represented in AVOD ad spots.

As such, brands should factor in the following when using AVOD to target LatAm:

#4 Design Ads in a Vertical Format That Fits Mobile Phones

In addition, it’s recommended to have permanent interactions by way of storytelling, which allows for meaningful connections with users. 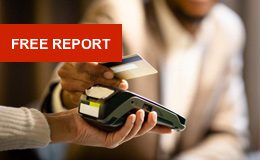 #5 Work in WhatsApp as a Conversion Channel

It’s important to note that communication media, companies and even public institutions in Latin America are adopting WhatsApp as a direct communications channel to reach users. The impact of WhatsApp on LatAm is increasingly obvious, and as such, for marketers it has become an important conversion and loyalty channel.

That said, it’s important to clarify that WhatsApp doesn’t allow in-app advertising, so users can’t see ads while they chat or check for status updates. However, brands can leverage the app by using WhatsApp Business. They’d create a business profile and use that to show a catalogue of products, services, or rooms (in the case of hotels). This way, users who interact with a brand’s WhatsApp channel can see this catalogue and send a message indicating exactly which product or room they want. But they can’t buy products or make reservations — WhatsApp still doesn’t have a system in place for direct purchases.

On the other hand, on Facebook a brand can create ads to funnel traffic or get conversion going through WhatsApp. These ads appear in a brand’s Facebook feed with the button “Send WhatsApp message.” After clicking the button, the users are redirected to the company’s WhatsApp channel to interact directly with the brand or to look at its catalogue.

According to research published by ComScore in 2021, in 2020 influencer posts accounted for 6.5% of all posts made in Latin America. But an even more important data point is this: in Latin America in 2020, influencers were responsible for 52% of all interactions in the region.

Latin America has at least 12 million influencers, according to Influencity, a firm specialized in connecting brands with content creators that recently published a study on the region’s Instagram influencers. On that platform, Influencity’s study indicated that:

Now, the most-recommended practice is to use small influencers by directly contacted them or using a platform like Influencity. Annette Sánchez, YouTube marketing manager for Latin America, indicates that when it comes to brand positioning, the content created by these small influencers is 4 times more effective than celebrity-driven content. Among the reasons for this, says Sanchez, is that the content produced by smaller influencers feels much more authentic.

That said, brands should evaluate the social media platforms that most impact their target audiences before developing partnerships with influencers. For example, TikTok has grown significantly in Latin America over the past year, spawning several famous TikTokers. However, 32.5% of the audience for TikTok are between ages 10 and 19, and the platform’s content is primarily entertainment. In contrast, Facebook, YouTube and Instagram are still the social media platforms most used by all age groups and genders.

Contact us for a customized study of your target audience in Latin America to gain a more direct understanding of the best routes to reach it. We’ve conducted more than 600 market studies of Latin American consumers and could certainly give you the data you need to further refine your approach.

In addition, given the recent boom in e-commerce in Latin America, you may want to explore our LatAm E-Commerce Datapack, 2020-2024, to understand growth projections, product preferences, payment methods and more.